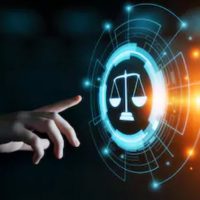 Under California personal injury laws, a “tort” is a wrongful act or violation of someone else’s rights that gives rise to legal liability. Car accidents, slip and falls, and medical malpractice are examples. When the misconduct causes losses, a victim is entitled to recover for medical costs, lost income, pain and suffering, and other compensation. A “toxic tort” is a specific kind of tort claim. As explained by the Legal Information Institute, a victim could pursue a toxic tort case after being exposed to a harmful substance or hazardous waste.

The nature of toxic torts means that wrongful conduct could cause harm to dozens – or even thousands – of victims. Examples include asbestosis, Roundup, baby powder, and the groundwater contamination case made famous by the movie Erin Brockovich. Under such circumstances, many toxic torts proceed as class actions. These claims immediately become more complex when there are multiple plaintiffs, so you should trust an Oakland toxic tort attorney to advocate on your behalf. Meanwhile, there are few points that can help you understand how class actions work.

In short, California laws allow for class action lawsuits to support judicial efficiency. It makes practical sense for plaintiffs to band together when:

Often, a class action will develop out of numerous cases filed in courts across the US. To avoid handling thousands of separate matters, which could lead to conflicting verdicts, the judicial system allows them to be consolidated into a single class action.

Pursuing a class action for a toxic tort might not seem like the best strategy for recovering top compensation: You will have to share the total award with all class members. However, keep in mind the following:

When issuing a verdict in a class action based upon toxic torts, the court’s decision affects all members who have opted in. Monetary damages are awarded based upon a plan of distribution to members, which is the award amount after subtraction of legal fees. You might receive a lump sum or a percentage of the total amount awarded.

Our Oakland Toxic Tort Lawyers Can Advise You on Class Actions

For more information on how our team assists with class actions based upon toxic torts, please contact Venardi Zurada, LLP. We can schedule a no-cost consultation at our offices in Oakland or Walnut Creek, CA.

By Venardi Zurada LLP | Posted on February 24, 2022
« California Hospitals Graded For Fall 2021: Facilities from A To F
What Are The Most Dangerous Roads In Northern California? »