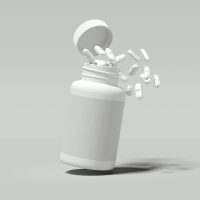 In the practice of law, a tort is negligence, reckless, or intentional wrongdoing that causes harm to a victim. When the misconduct is extreme and the losses impact a large number of individuals, it could be elevated to a “toxic” tort. One of the most appalling types involves companies that promote and sell consumer products for profit while disregarding the horrific dangers, as illustrated by a recent case. According to a recent article published by Reuters, more than 60 lawsuits have been consolidated into one mass toxic tort against Costco, Walmart, CVS, and other sellers of acetaminophen. Claimants allege that the drug has been linked to autism and ADHD in babies after pregnant women took it.

The cases are in their infancy, so it will probably be some time before any resolution. If you have concerns about your child, you should get in touch with an Oakland toxic torts lawyer for advice. However, the recent case is useful for showing how these cases work and the compensation you might qualify to recover.

Legal Claims by Plaintiffs: The concept of a toxic tort involves how wrongdoing affects a large number of victims, but there must still be a legal basis for seeking compensation. With many of these cases, the basis for the claim is similar to product liability. Companies can be liable if the substance they manufacture is dangerous, a victim was exposed to the substance, and the substance caused harm. There is no requirement to show that the manufacturer was negligent or somehow at fault.

In the case involving acetaminophen and autism, the allegations are:

Other Types of Toxic Torts: You might not know them by this terminology, but there have been quite a few high-profile cases involving toxic torts. Some examples include:

In a successful toxic torts case, it is possible to recover for medical costs, lost wages, and pain and suffering as compensation.

Information on toxic torts is useful, but you can trust our team at Venardi Zurada, LLP to handle the details. Please contact us to schedule a no-cost consultation at our offices in Oakland, Walnut Creek, or Redding, CA. Once we review your claim, we can explain the legal process.

By Venardi Zurada LLP | Posted on November 4, 2022
« When Auto Insurance Is NOT Enough To Cover Car Accident Losses
How A Lawyer Helps With A California Boat Accident Claim »