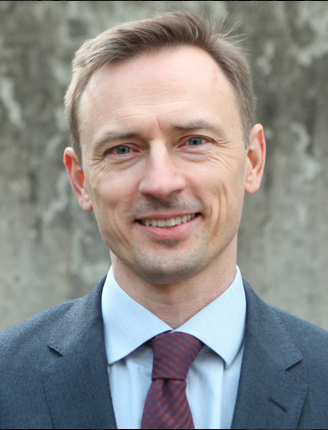 Martin was born in 1974 in Gdynia, Poland which, at the time, was a nominally independent communist dictatorship occupied by the USSR. The economic conditions were generally bleak under communist rule. They became even worse in 1981 when the Polish government, at the request of the USSR, crushed the Solidarity movement and imprisoned its leaders for seeking political and economic change.

When Martin was 9 years old, he and his parents moved to a small desert town in Libya where his father taught at a university and his mother worked as an engineer in a factory to earn dollars and make ends meet. After three eventful and surreal years of living in a country ruled by the late Muammar Gaddafi, one of the craziest dictators of our time, Martin and his parents immigrated to Germany. Martin stopped the homeschooling that he received from his parents and other professors in Libya and began attending a German middle school. To make things more interesting he did not know any German.

During his 19 years as a lawyer, Martin tried, arbitrated and mediated many cases often successfully taking on very challenging cases that other attorneys had given up on.

By the time he learned sufficient German to communicate with his classmates and understand his teachers, Martin and his parents immigrated to the US. However, to keep Martin on his toes, his parents decided to transition him from mid-5th grade in a German school in Munich to mid-8th grade at a Louisville Kentucky middle school. This effectively caused Martin to skip almost all of middle school while learning English as a second language and obtaining a scholarship to a ritzy private high school. He drove an old Ford escort without AC (or power anything) to school and proudly parked it next to the other students’ BMWs and Volvos.

After graduating from high school at the age of 17, Martin began attending the University of Chicago in 1991. At this intensely competitive and scholastically focused university (where one of its presidents is credited with saying “When I get the urge to exercise, I lay down until it goes away”), Martin earned the distinction of being on the Dean’s List and received the Humana Scholarship.

Martin graduated from the University of Chicago in 1994 with a double major in English literature and Polish literature in a little over three years. Martin then attended Cornell University Law School between 1995 and 1998, an Ivy League institution, and doubled up on law school work graduating with a J.D. and LLM in just three years rather than the usual four years. He earned the Kosciuszko Foundation Scholarship and attended a summer program at the Sorbonne University in Paris. Martin clerked for the Kentucky Supreme Court and two law firms during law school and started to practice law when he was just 24 years old.

He has always felt like the underdog and that is why he strongly prefers to represent the “little guys” and taking the fight to the large corporations and insurance companies.

Martin started as an associate at Squire Sanders – now one of the ten largest firms in the world – where he practiced corporate law and litigation before moving to California to work in smaller firms and eventually starting his own practice. By the time he was 28, Martin had tried three cases to judgment, one of which resulted in a defense judgment for his client, and the other two with his clients collecting over $400,000 in damages. Not long after that, he obtained his first $1 million dollars result in a personal injury case in which he was the lead trial attorney.

During his 20 plus years as a lawyer, Martin tried, arbitrated, and mediated many cases often successfully taking on very challenging cases that other attorneys had given up on. He has always felt like the underdog and that is why he strongly prefers to represent the “little guys” and taking the fight to the large corporations and insurance companies.

Martin is a student of advocacy and is a trial skills instructor. He was admitted in Ohio in 1998 and California in 2001. Martin has taught various legal subjects at San Francisco State University and the Academy of Law and Diplomacy in Gdynia, Poland. When he isn’t working away at the office, Martin enjoys rock climbing, skiing, running, reading history books and, most of all, spending time with his daughter Isabella and wife Unsook.

Skip footer and go back to main navigation