Close Menu
Coronavirus (COVID-19) Update: Our firm is open and serving the needs of existing and new clients. Click here for more information.
Oakland Injury Lawyers > About Us > Meet the Attorneys > Eric Patrick 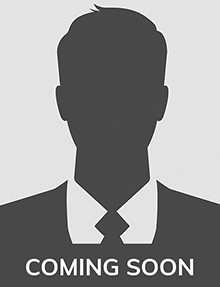 Eric Patrick is an Attorney at Venardi Zurada. Prior to his work at the firm, Eric worked for over a decade representing clients in front of the Social Security Administration who were denied their Social Security disability benefits. Eric graduated from Golden Gate University School of Law where he participated in the Honors Lawyering Program and earned two Witkin Awards for Legal Writing and Research. Following graduation, Eric worked for one year as an Adjunct Professor of Legal Writing and Research at Golden Gate. In 2022, Eric was awarded an AV Preeminent Peer Rating from Martindale-Hubbell.

Prior to attending law school, Eric worked for many years as a manager in the restaurant/bar business, as well completing a two-year stint as the assistant to the chief of cardiology at a prestigious cardiology practice in San Francisco.

Eric’s extensive experience and devotion to helping the disabled made for a natural transition to Venardi Zurada, where helping people that have been injured or treated unfairly in the workplace is paramount.

Eric has a B.A. in Government from Saint Mary’s College of California and an M.A. in Political Science from San Francisco State University. He also completed some of his graduate work at the University of Amsterdam in the Netherlands.

In his spare time, Eric enjoys reading, hiking, and cooking, as well as spending time with his wife and two young daughters.